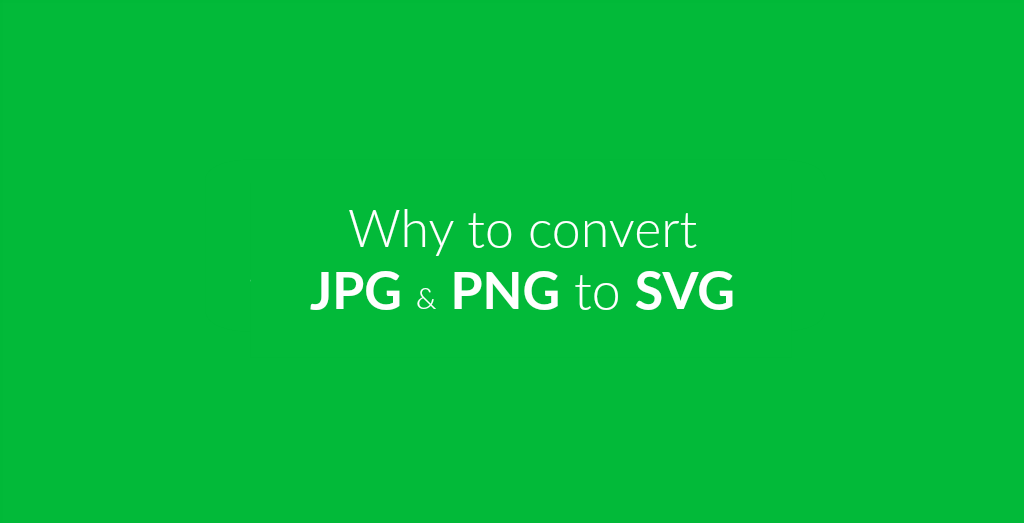 There are many different image formats on the world wide web and even more when you regularly download, take and edit pictures. If you work with image files, either professionally or on a private basis, you surely came across the so-called SVG image format. Even if you haven’t actively worked with it yet, there are many advantages of this format.

Thus, in today’s article, we will have a look at why it might be useful for you to convert your already existing JPG and PNG images into the SVG format.

Why Convert To SVG?

In order to understand the benefits you have from converting your “normal” images to SVG, you have to understand what an SVG is. Thus, before we jump into the reasons for a conversion, lets have a look what SVG stands for and what makes it different from image formats like JPG, PNG, GIF and others.

SVG stands for Scalable Vector Graphics. The name alone gives away a lot about this image format. SVG is a so-called vector image format. This contrasts it with formats that belong in the category of so-called raster image formats such as JPG, PNG, GIF, TIFF, WebP, as well as camera raw image formats like NEF, CR2 or ARW.

So, what makes a vector graphic so different from a rater image? As the SVG name already suggests, these images are scalable. This means that, no mater the original size of the image, you can scale it not only smaller, but also bigger without any loss of quality. A JPG image, however, can not be scaled bigger without the image getting a way worse quality, aka. becoming “pixelated”.

Reasons To Convert To SVG

Now that you know what an SVG image is, lets have a look at what you can use them for – and why you should consider converting your raster images to SVG.

But what if you don’t have an SVG image and a printer or graphic designer needs one. Or if you need one for further editing and work yourself? Then, you can take the image you need and convert it to SVG!

There are a few things you have to be aware of, when converting from raster to vector image:

To understand these points better, have a look at the following comparison:

What To Use The SVG For?

Many of our users value the JPG to SVG conversion for different purposes. They might not retain color, but in order to further work with the SVG, this conversion is very versatile.

Here are a few ways in which our users have further used the SVG file:

Do you have other usages for our raster image to SVG converter? Let us know!