Skip to content Skip to main menu
Home › Video file conversion › Video Codecs and Containers – What Are They? 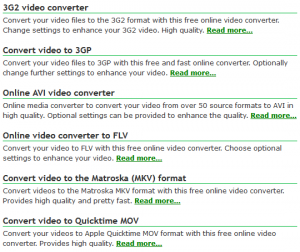 Figuring out the differences between some of the most popular image formats is relatively easy. All you have to do is look at the file extension and you know most of what you need to know. However, video formats are much more complicated. When you’re working with video files, the terms codecs and containers get used a lot, but most people don’t know what that means.

We’re going to break down the contents of a video file to make it easier to understand.

Think of the difference between a still image and a video. A picture is simply an image. However, there is movement and sound on a video and many videos also contain information about the content on the video file. All of that makes it difficult to know what kind of a video file you have, or what kind of file you need to convert to if necessary.

This article will outline some of the more common components of a video file.

There are many different types of video formats, but each type consists of the same 3 pieces.

The video signal is the easiest to understand because these files simply contain information about the video. This includes the frame size, aspect ratio, frame rate and bitrate.

The confusion for most people comes when you start talking about codecs and containers.

A single video is actually comprised of several different types of files. The “container” for a video file is what it sounds like. It is a container that holds all of those different files for each video. Some of the most popular container extension types are MP4, AVI, MOV and FLV.

There is a codec file inside each container for a video. The codec is the software that is used to create the video and audio data. One of the big things a codec does is compress the video file. A typical video file is much too large for the average user to store on their computer, especially if you want to store several of them. The video must be compressed in order for it to be usable for most people. The specific codec that is used to handle this compression will have an impact on what computers and devices can play the video.

Codecs can be a problem because they are frequently proprietary and there are dozens available. Your computer likely has the ability to handle several codecs, but not all of them.

Now we’ve covered some of the items that confuse many people when they first start looking at the world of video files, codecs and containers. Later articles will talk about the most popular video file formats. The next time your computer has a problem with a video file, you will know more about the nature of the problem, and how you need to convert your video to a format that is more usable for your computer.