In a previous article, we 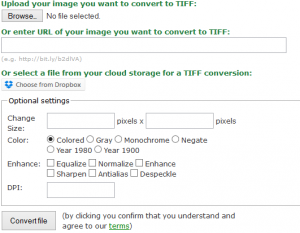 Since these file formats are less common than the original four we discussed, you are more likely to have problems when you try to open them because your device may not be set up to handle them. If that is the case, a simple image file conversion program can help.

The Exchangeable image is similar to the JFIF format that uses the TIFF extension. This image extension is most frequently used as part of the JPEG writing software that is part of many types of digital cameras. The EXIF handles the exchange of images from the digital camera to the software you use to edit and view the image. Some of the information contained in the file is from the camera like shutter speed, exposure level, date and time the picture was taken, etc.

The Tagged Image File Format typically uses 8 or 16 bits per color (using red, green and blue), which gives combined totals of 24 or 48 bits. The structure of the TIFF file was created with flexibility in mind and it is easily extendible. This has caused many vendors to extend the file using proprietary tools and methods. While that makes the TIFF file very flexible, it also means that all TIFF files are not created equal. You may be able to view and edit some types of TIFF files, but not others.

Files that use BMP image extensions are created from a Windows bitmap file. This file image extension is used in (Microsoft) Windows to manage many graphic files. BMP files are typically very large because they are not compressed. However, since they can be used in any Windows program, they are very popular. However, because of their size, in many cases if you want to save them or send them to someone, you will need to convert them to a different type of image file first.

This is a new type of image extension that was designed by Google. These files can be either lossless or lossy.    The format was designed to automatically reduce the size of the image so the web page could be loaded much more quickly. The WEBP format was also created with the goal of replacing the JPEG file as the standard for photos posted on the internet.