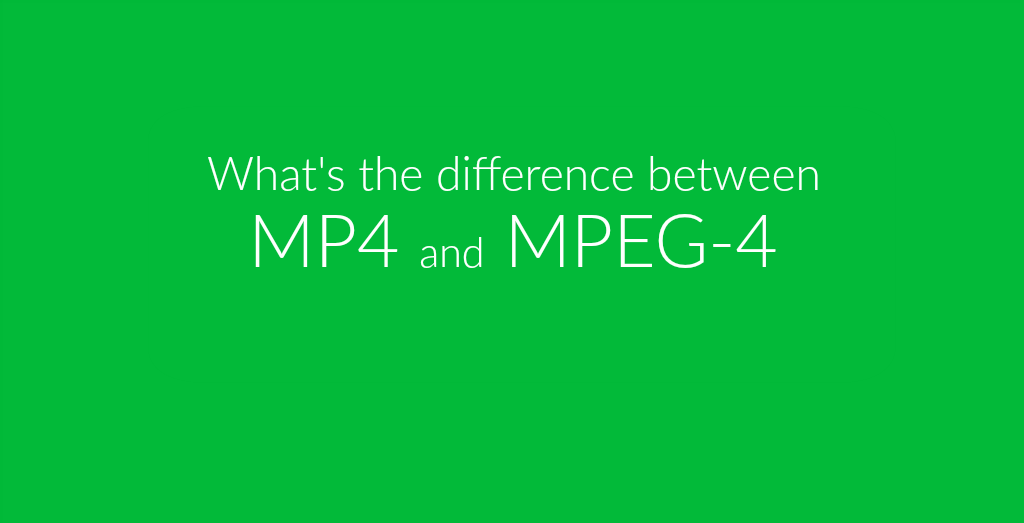 There are so many different video files and video container formats out there, it’s easy to lose track of them all. Most of the time, you can tell them apart rather easily, but what if they are named almost identically.

MP4 and MPEG-4 (or MPEG4) are two formats that are easily confused with each other. They seemingly only differ by two letters. Yet, there is more that differentiates those two entities. Lets find out what the difference between MP4 and MPEG-4 is and which one you are more likely to use.

Before concentrating on the difference between the two notions, lets have a look at the similarities. There is one more instance in which MPEG-4 and MP4 are rather similar, and that’s their association. Both terms are associated with video media files. Yet, this is where the similarity ends.

While the similarities and associations of MP4 and MPEG-4 are rather negligible, the differences are striking. The main difference lies within their functions:

MP4 containers can contain video data encoded in MPEG-4, but it has nothing to do with the actual video quality. Instead, it determines how the video and audio data alongside other information such as languages and subtitles are stored.